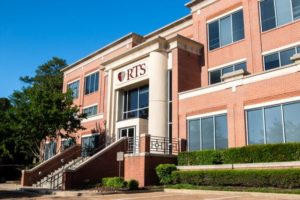 JACKSON, Miss. — The RTS Board of Trustees, along with Chancellor and CEO Ligon Duncan, have announced that Reformed Theological Seminary in Jackson will be relocating after more than 55 years at its historic, original campus.

The campus will move its operations to a new location within one of Jackson’s major commercial and residential hubs at 1400 Meadowbrook Road, just off Interstate 55 near the District at Eastover. The acquisition of the new property came about after an extended period of deliberation, assessment, and planning by the RTS Board of Trustees and senior administration, as well as RTS Jackson staff.

“Jackson is our state’s capital, and we want to be part of a renaissance here. We want to invest in this city,” said Dr. Duncan. “This is a strategic upgrade of our campus location and facilities. You are seeing some institutions around the country relocate because of decline, but that is not what is going on here at RTS Jackson. This is a major advance and investment in our students, our growth, and our future.”

The RTS Trustees’ decision to move the campus was made out of a desire for RTS to be able to serve students, local churches, and the entire region more strategically and effectively, which in turn provides for the seminary’s long-term health and growth.

“As best as we can discern, this is what the Lord would have us do with the stewardship of resources he’s given to us,” Dr. Duncan said. “We envision a campus central to the churches where our students serve, where MAC and MDiv students will share life together on a single campus, and where affordable and safe housing for students will offer easy access to quality public and private schools and homeschool consortiums as well as a variety of restaurants, retail outlets, and grocery stores. This move is a strategic advance to position RTS Jackson to flourish in the future.” 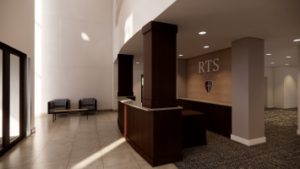 The purchase of the new campus in Jackson is the largest single capital investment in the history of the seminary and will involve a complete architectural overhaul of the acquired buildings.

“This decision by RTS leadership will transform this space into one of the finest educational facilities in the region,” said Jim Scott, Special Assistant to the Chancellor and RTS Jackson’s Director of Operations.

Scott has coordinated the work of a team appointed by Richard Ridgway, Chairman of the Board of Trustees, for the purchase and relocation of the campus.

“From the beginning, our leadership has desired to design a new campus that will benefit the entire Jackson community for years to come,” Scott said. “This campus will feature a library, bookstore, and counseling center, as well as state of the art educational technology in every classroom. Simply put, our goal has always been to create a place which will allow the entire Jackson community to feel connected to the work and witness of Reformed Theological Seminary.”

The relocation will take place following the spring 2023 semester. Scott is planning for the new campus to be operational by June of that year. Future plans related to the sale of the original campus are currently in progress. More information of the sale and other key updates on the new property will be announced throughout the relocation process.

Dr. Guy Waters, James M. Baird, Jr. Professor of New Testament and Academic Dean, reflected on the legacy of RTS Jackson: “The faculty here, the alumni, the Board— we have precious memories of what God has done on these grounds and in these buildings. Looking forward, the opportunities that present themselves with this new campus, I think, carry us with optimism as to what God may yet do in the life of RTS.” 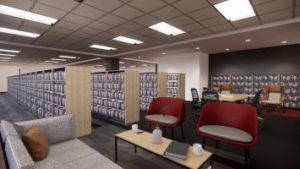 “This relocation can rightly be called a 50-year decision,” said Ridgway. “The founders of RTS began the work in Jackson, Mississippi more than 50 years ago, and this work has expanded into eight states and even other countries because of the vision of those men who came together in this city. They resolved to follow the authority of the Bible and give their lives in service to preparing faithful men and women to serve the church of the Lord Jesus Christ. This next step for RTS is a renewed commitment to that vision, and we trust it will result in decades of future service that will impact the lives of thousands in the years to come.”