Reformed Theological Seminary was founded in 1966 firmly committed to the inerrancy of the Bible and the teaching of the Westminster Standards (Confession of Faith and Larger and Shorter Catechisms). It was a strong testimony of Reformed orthodoxy amid a confessional crisis in American Presbyterianism. The Northern (mainline) Presbyterian Church was a year away from passing the Confession of 1967. This neo-orthodox statement of faith was accompanied by a loosening of the role that confessions played in the unity of the church’s faith. Confessions lost their binding character and were relegated to relics from the church’s past that ministers and elders were encouraged to consult. The Southern Presbyterian Church would embrace a similarly diminished confessionalism within the next decade.

For over half a century, RTS has fought against confessional obsolescence and has emphasized the theology of the Westminster Standards in its curriculum. Among the requirements for completing its Master of Divinity (MDiv) degree is the memorization of the Westminster Shorter Catechism. This was and continues to be unique among all North American theological seminaries. Assessment instruments consistently demonstrate that RTS graduates excel in the doctrinal portions of presbytery licensure and ordination examinations.

Still, confessional confusion continues in the denominations in which RTS alumni serve. Many observers have suggested that seminaries should rethink how the standards are taught. There is growing doubt among some that a 17th-century confession and catechisms can speak relevantly to the 21st-century church. Others worry that the confession does little to unite the church today as it did in the past. This has prompted the seminary to consider exploring how the Westminster Standards could make an even greater impact on our MDiv curriculum.

“We must urge the seminaries . . . to teach the Standards as the ground and obvious organizing principle of its theological curriculum.”Conversations began nearly a decade ago when Dr. Ligon Duncan was appointed the fifth chancellor of RTS in 2013. His hope was that his tenure would be marked by a renewal of the confessional commitment that lay at the very heart of the school’s mission since its founding. Dr. Duncan’s concern was not that RTS had become a-confessional, much less anti-confessional. Instead, his vision was a reminder that where confessions are institutionally assumed, they can too easily become forgotten. Two years later, he led an effort to unify the MDiv curricula across the RTS campuses. At the time, the institution’s curricula were about 90% identical; but differences were emerging between campuses that threatened to create a sense that RTS was a loose confederation of several independent schools. Dr. Duncan’s call was for one seminary with eight campuses, aiming at unity but not uniformity.

At the same time, RTS was aware of an increasing number of voices in the churches it served who lamented the loss of the confessions in their denominations. Many directed their concerns to the seminaries that were failing to teach the confessions, especially the Westminster Standards, in their curriculum. In the words of one concerned pastor, Dr. David Strain of First Presbyterian Church in Jackson, Mississippi:

We must urge the seminaries . . . to teach the Standards as the ground and obvious organizing principle of its theological curriculum and not just as a minor elective survey course along the way. We want candidates for gospel ministry who know the Standards, who love the Standards, and who will joyfully, vigorously, and faithfully defend and promote the teaching of the Standards as the system of doctrine taught in Holy Scripture.

Dr. Duncan’s vision led the institution to identify the Westminster Standards as its Quality Enhancement Plan topic earlier in 2022. (See sidebar on “What is a QEP?”)

RTS’ initiative to reinforce its confessional fidelity was not addressing a new problem for Presbyterian churches. Well over a century ago, Professor B. B. Warfield of Princeton Seminary, perceiving confusion in the Presbyterian Church in his day, wrote an insightful article entitled“The Presbyterian Churches and the Westminster Confession of Faith.” Warfield’s purpose was to remind readers of the vital functions the standards play in Reformed churches. He identified three. First, and most obviously, they are tests. After seminary, ministerial candidates are obliged to demonstrate their familiarity with the Westminster Standards in their ordination examinations. In this sense, RTS is teaching the standards thoroughly and has a good record of success in students passing ordination exams.

But what happens after ordination? Warfield goes on: Second, confessions are also texts. They are weighty resources that belong in the pastor’s study next to Calvin and Bavinck and others, to be consulted often. But even here, they hold a certain pride of place. Confessions are not merely the wisdom of great minds of the church. They are the voice of the church itself speaking. Students need to understand the authoritative and constitutional role of the standards in the churches they seek to serve.

The Westminster Confession and Catechisms should shape these servants of the Word throughout their lifelong vocation.Thirdly, Warfield notes that confessions are testimonies before God and others. Before God, confessions shape the worship and liturgy of the church. Before others, they comprise what Paul called the “pattern of sound words”: They are tools of discipleship in the church and words of its witness to the world.

Tests, texts, and testimonies: We believe that Warfield was right in urging students to master the Westminster Standards’ importance for the church in each of these three functions. Together, they will yield a positive confessionalism that will provide clarity and unite the church’s witness. Confessionalism today is often misunderstood both by its defenders and its critics. At RTS, we are eager to commend the Westminster Standards, especially as a unifying tool for the church, an antidote to the threat of Reformed tribalism, and as a clear voice in an age of post-Christendom.

We might even do Warfield one better and add a fourth: The Standards are also a target. Catechesis doesn’t end when students pass the seminary’s catechism exam. Confessional formation is not complete when students earn their MDiv degree. Rather, the Westminster Confession and Catechisms should shape these servants of the Word throughout their lifelong vocation. And so, we hope that the RTS MDiv program will begin the calling to “reach the standards” in pastoral ministry. 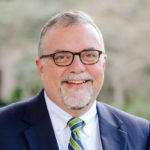 John Muether (M.S.L.S., Simmons College) serves as Dean of Libraries and Assistant Director of the DMin program for RTS and Professor of Church History at RTS Orlando, teaching core courses on education in the church, Christian engagement with culture and church government as well as elective courses on various topics.