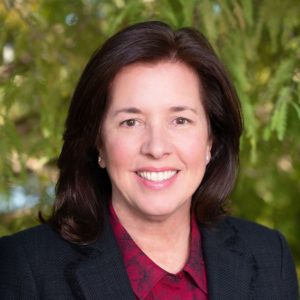 Reformed Theological Seminary, Orlando is pleased to announce that Leigh Swanson (MA ’12) has been named Executive Vice President. She will be overseeing campus administration at the Orlando campus and will also continue to be responsible for community relations and leading development efforts.

Swanson served as Associate Dean of Students from 2012 until 2017 when she became Vice President of Community Relations. The Executive Vice President role reflects her work on behalf of the students, staff, and donors who are part of the growing Orlando campus. She also began Teaching Women to Teach at the RTS Orlando campus in 2018, a program that has since equipped scores of women in churches around the world.

RTS Orlando president Scott Swain said, “Over the past five years, Leigh Swanson’s leadership in development has resulted in significant growth in student scholarships and a number of important campus facility improvements. In addition, she has taken on increased responsibilities in the president’s office, campus administration, and financial aid. Her new role and title are meant to recognize her excellent service in all these areas.”

In addition to her role at RTS, Swanson speaks regularly at various events around the country. Swanson and her husband, David (Senior Pastor, First Presbyterian Church of Orlando), have three grown children.