JACKSON, Miss. — Dr. James “Jim” B. Hurley retired from his service to Reformed Theological Seminary on May 31, 2022. The RTS Board of Trustees named him Professor of Counseling Emeritus upon retirement.

Dr. Hurley is the longest-serving residential faculty member in RTS history, having joined the faculty of RTS Jackson in 1985 to assist in starting what eventually became the Master of Arts in Counseling program. 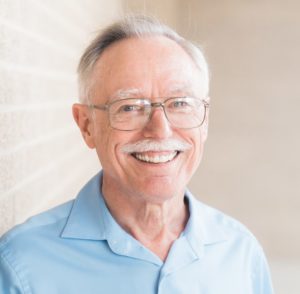 His two doctoral degrees gave him a unique perspective as he taught courses designed to help students understand the relation of psychological studies, counseling, and Scripture. He specialized in teaching the relation of theology and counseling, neuroscience foundations for counseling, marriage and family therapy, and the interrelatedness of therapeutic approaches.

“Jim Hurley was instrumental in both the establishment of our MFT program and its transition to the MAC program,” said RTS Chancellor and Jackson campus President Ligon Duncan. “Jim and Phyllis are treasured members of the RTS family. We thank God for them and wish them the best in Jim’s retirement.”

An ordained minister in the PCA since 1975 and a Licensed Marriage and Family Therapist since 1985, Dr. Hurley’s therapeutic focus is with highly conflictual couples, individuals with historical trauma and abuse, and pre-marital couples.

Dr. Hurley has been involved in Prison Fellowship, the Sexual Abuse Coalition, and served on the board of Mt. Salus Christian School. He is a clinical fellow and approved clinical supervisor of the American Association for Marriage and Family Therapy and a practicing professional therapist. In his time at RTS, he served not only as a professor but as Director of the MAC Program.

Daniel Borden (MAMFTC ’17) recalls several late-night conversations in Dr. Hurley’s office: “I remember Dr. Hurley talking once about how he was walking with Francis Schaeffer in the alps, and I knew then that I needed to learn as much as I could from Hurley while I was at RTS! I have fond memories of deep conversations with him in his office and even conversations about his fish tank turned to deep reflections on how systems work.”

Katie Sahler Drake (MAMFTC ’12) said, “I remember moments of struggling with a concept and Dr. Hurley breaking it down in a new way. I also learned of his sincere care and concern on those hard days of graduate school in which he took the time to listen and empathize. I am so thankful for his example, his guidance, and his leadership.”

Michael Hillerman, MAC Program Development Coordinator and Adjunct Professor, sat under Dr. Hurley as a student and served alongside him: “Jim Hurley is probably the wisest man I have known. He was an important teacher, supervisor, and mentor to me earlier in my career. Over the last 10 years he became a trusted colleague, a principled leader, and most importantly a close friend. I treasure my time with him and am thankful to God for putting Jim in my life. He has been a blessing to me in more ways than I can count.”

Hillerman’s sentiment was shared by Dr. Bill Richardson, Professor of Counseling, who worked side by side with Dr. Hurley for more than 33 years.

“If you talk to Jim for five minutes, you know that he is an academician par excellence. His breadth of knowledge in both fields of psychology and theology is simply unequalled and he has devoted his life to sharing that knowledge. It would take me volumes to relay all that I have learned by just working alongside Jim. But it will take only a few words to relay the most important thing I have learned from Jim: respect for men and women, boys and girls, believers and unbelievers, image-bearers of their magnificent Creator. Jim Hurley has modeled consummate human integrity to me, daily, for over 33 years. What a rare education I have received from him.”