Some say that the gospels and the entire New Testament canon were not chosen until the fourth century, Constantine the Great. Nicaea did not really deal with questions of the canon explicitly to our knowledge. Others would say that the four Gospels, and really all the books of the New Testament, were being used as Scripture for quite some time before that. They would say that it was Irenaeus, writing in the late second century, who chose the Gospels.

I think, when you look around at the evidence, you see that is not really the case. Several of his contemporaries were writing in just about the same time. , and they happened to be the same four Gospels. Earlier than Irenaeus, you had the production of the Diatessaron, which was the first Gospel – harmony attempt to put all four Gospels together.

It is not our job to choose any books for the Bible. The church’s task is simply to receive what God has given

You had another Diatessaron attempt by at least two authors we know in the second century. The funny thing is that they used the same four Gospels and only four Gospels, and they are the same ones that we have. I think this is pretty important.

If you go back to the second – century authors and asked them, “Who chose the Gospels?” or “Why did you choose these books for the New Testament?”, they would have said something like, “We did not choose anything. These books were not chosen, they were given to us.” It is not our job to choose any books for the Bible. The church’s task is simply to receive what God has given”. You have writers like Irenaeus and many others speaking in language of reception. We receive, we recognize, and we affirm these books that are given.

That is very much in fitting with what we see in Scripture itself: that God’s word is something that is delivered to us, and it is the job of God’s people not to pick and choose, but to receive what is given. It is a very different mindset from when we ask who chose Gospels. The early church would have said, “Nobody chose them except God.” 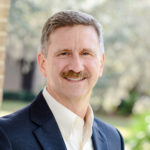