The question about whether or not a person should be baptized a second time is a serious issue I think for the Christian church to consider. Despite all the different things that unify us, sometimes we forget that that great sign of our Christian identity and unity given to us by the Lord is baptism. And when we rebaptize someone, it really becomes a symbol of our division among us.

Of course we don’t often speak this way publicly when we rebaptize someone. “Well, that other group just wasn’t Christian.” But I think it’s a logical implication of that because we’re really saying, “They did not receive true, authentic, Christian baptism,” even though it was water baptism in the name of the Trinity. The one baptism is very important for Saint Paul in Ephesians chapter 4. He is very clear that there is one Lord, one faith, one baptism. It’s a big deal for Saint Paul. It was a big deal in the ancient church.

When we rebaptize someone, it becomes a symbol of our division among us.

An obvious question that emerges is, well, what about believer’s baptism, infant baptism? Well, the fact is that if you look at the history and the record that we do have, the ancient church practiced both. There’s just no question about that. A great illustration from the fourth century would be the experience of two of the wonderful church fathers: Saint John Chrysostom in the East and Saint Augustine in the West, both of whom were raised by very godly, Christian mothers who chose not to baptize those boys as their little ones, but upon profession of faith, they receive baptism. Yet, both of these great men, when they became bishops, were strong advocates of infant baptism. The bottom line is both were acceptable.

But the whole issue that was a big one for them is that you don’t practice rebaptism. And I think one question a person could ask is, “What if a person would come to our church that was a Mormon? Would you rebaptize them?” Well, of course you would because they did not receive Trinitarian baptism with water.

Why is it, as Christians, as Protestants, that we treat our Christian brethren like we would a heretical cult by encouraging them to be baptized a second time? So the big question is: Are we just a bunch of marginally-connected Christian sects as Protestants, or are we genuinely a part of the one holy catholic and apostolic church? And if it’s the latter, then we only practice one baptism. 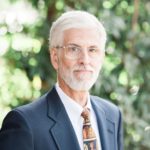