Often, you’ll find that depression is the way that people deal with loss; it is the way people deal with blocked goals. I do not mean a goal such as getting a parking spot in front of Wal-Mart, but I mean wanting your dad’s approval or wanting your kids to turn out a certain way. When a goal gets blocked or a loss starts to feel irretrievable, there’s kind of a desperateness inside that starts to look like depression. There’s this deep longing, this goal, this thing that they wanted so badly that is now becoming unattainable.

The sin beneath the sin is that there is a blocked demand, goal, longing, or idol that is driving the behavior.

The more helpful thing to do with depression is to help people see the thing that is driving that it as opposed to telling them to not feel a certain way because for most depressed people, they don’t need to try harder. Grandma’s rules are accurate: eat well, get enough sleep, and exercise. For a few people some admonitions to behavioral change will be helpful, but for most people depression is a deeper issue of sin. The sin beneath the sin is, often, that there is a blocked demand, a goal, a longing, or an idol that is driving their behavior. I would love for us as Christians to see depression as the symptom of a deeper issue of the heart. That is where you will find places for people to repent of, and that is where you will find the seeds of real change in someone’s life as they face that. 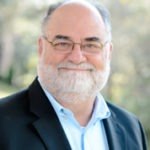 Jim Coffield (Ph.D., University of Tennessee, Knoxville) came to RTS Orlando full-time in 2003 and was clinical director of the RTS Orlando M.A.C. program. He now serves as a Visiting Lecturer in Counseling.