How could the Israelites know what Scripture taught? Dr. William Ross explains the significance of the three teaching offices that brought the Word of God to Israel.

So the question is: how would people in the Old Testament period, just everyday common people, have known or accessed the Word of God in Scripture? Obviously at this time, Scripture is still being written, so this changes over the course of time. But it’s not totally clear at this point in history how many people would have been able to read. It’s not clear how many people would have had access to actual written Scriptures. So it’s a pressing question: if the Lord’s people were held accountable for obeying the words of God in Scripture, how is that fair if they didn’t read it or have access to it? There are at least three different ways in which God, through Moses, set up teaching offices for his people throughout the Old Testament period.

The Teaching Office of the Priest

One of those is the office of the priest. The office of the priest was in part to carry the ark of the covenant. Inside the ark was, of course, the Ten Commandments, the written Word of God in Scripture. With the ark, you had other written Scriptures that were kept with it, stored in the Tabernacle, and then later in the inner sanctuary of the temple. The priests also were responsible for reading the law aloud to the whole congregation, teaching it once every seven years at the Festival of Booths. They also had regular teaching duties that they carried out throughout the land of Israel, which is part of the reason that they are given cities scattered throughout the whole territory. There’s no Levitical tribal inheritance. They are given cities instead in order that they can teach regularly throughout the whole kingdom.

The Teaching Office of the Sage

Many of the times where we see Israel as a whole go astray or fail to follow the Lord, it’s because one or more or even all of these teaching roles start to fall apart.Then we have the role of the sage. The sage is sort of a broad category that we can use to describe educators or leaders at a local level in the community. They were essentially godly men and women who made a habit of recounting the mighty deeds of the Lord for Israel, all the things that he had done to give them a covenant identity that they were to live out. We see good evidence for this expectation in Deuteronomy 6, where Moses tells the people to write the law upon their hearts, to teach it diligently to their children, to speak of it when they walk by the way, when they lie down, when they rise, to essentially keep memory verses close at hand. So this is an everyday, consistent level of teaching in the home.

The Teaching Office of the King

Then thirdly, we have the office of the king. The king receives very clear instructions in Deuteronomy 17, again from Moses. The king is tasked with reading the law every day. He is meant to make a copy of the law himself and to do so again under the supervision of the priests, who act as a kind of quality control. The purpose is for the king to learn the law, to fear the Lord, and to be able to rule humbly as someone who can explain and administrate the Word of God as it is written in Scripture.

All of this matters because many of the times where we see Israel as a whole go astray or fail to follow the Lord, it’s because one or more or even all of these teaching roles start to fall apart: the King, the sage in the home, or the priest. It helps us see the importance of the teaching task in the life of the church and in the life of God’s people in the home. 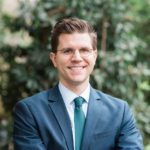 Dr. William A. Ross (Ph.D., University of Cambridge) is Associate Professor of Old Testament at Reformed Theological Seminary in Charlotte, NC. He joined the faculty in 2019 and teaches courses in Old Testament interpretation, Greek, and Hebrew. He attends Uptown Church and is an ordained minister in the PCA.