Dr. Reggie M. Kidd is associate professor of New Testament at RTS/Orlando.  A graduate of William and Mary, he earned his M.Div. at Westminster Theological Seminary and his Ph.D. at Duke University.  In addition to teaching at The University of North Carolina and at Duke, Kidd was also associate pastor of Spanish River Presbyterian Church in Boca Raton, Florida for four years. Before coming to RTS, he was serving on the pastoral staff of Bible Church of Chapel Hill, North Carolina.

At Christmas some of the most insistent pantings of our hearts surface, such as the longings to be free of loneliness, guilt, and weariness. Though genuinely grateful for Christmas’s reminder of the boundlessness of God’s love for us, we also chafe against some of the boundaries within which, in this life, we experience that love. At Christmas, many of us are separated from loved ones. And this season can catch us facing the end of one more year of disappointed hopes, wondering if we can muster the energy to face yet another. Therefore, Christmas seems the right time to think about one of the greatest needs in the church: the forging of a theology of longing, or better, of how God’s love has met us in our longing.

It is no small thing that God names his Son Immanuel, God With Us. When the synoptic gospels pick up on this Isaianic promise, they signal to us that in Jesus, God Himself has befriended man. John puts the same thought in his own way: in the Word’s becoming flesh, God has come to dwell among us. His presence is the distinctive promise of the covenant: I will be your God, and you will be My people.

Especially significant is Jesus’ reference to the Holy Spirit as “another Comforter” (paraklhtos, Jn 14:16). The derivation of a word is not always a true guide to its meaning, but this one is helpful. A paraklhtos is “one who is called alongside” someone, and words built around this root fairly consistently imply “called alongside in order to bring help or comfort.” If the Holy Spirit is the other Comforter, Jesus Himself is the original. It is in Jesus and in no other that God has come alongside the friend-less and the alienated to be a friend, confidant, and partner in life.

This is why, ministering in a world of cosmically and, therefore, existentially lonely people, we must continue to insist on an orthodox and historical view of the person of Christ. Albert Schweitzer showed us at the beginning of this century what happens to Jesus when you think He is no more than the projection of man himself — the mystic student finds in Jesus a mystic just like himself; the Marxist discovers a pro-Marxist; the liberal bourgeois, a liberal bourgeois; the champion of the anti-hero, an anti-hero. This Jesus leaves us to stew in our own juices.

By contrast, the New Testament answers our aloneness precisely because it presents a genuine incarnation: Jesus, though fully man and therefore qualified for full relationship with us, is preeminently God’s gift to us, one who is Himself all that God is. Rather than a mirror by which we try to project out that which is best in us, He is the mirror by which God projects down to us His own fullness.

Many in our churches feel crippled at just this point. Socially inept, wounded, and bruised, they find it nearly impossible to imagine relating to a God who approaches in affection for companionship. I have wept with men and women who have not known good earthly fathers and are struggling heroically to feel love from a Heavenly Father. I have been nearly crushed myself watching brothers and sisters, who do not know how to make and keep good friends on earth, try to understand what it means to have in Jesus an elder Brother and Friend in heaven. Christmas shouts the truth that their struggle has a basis, for at the core of the universe stands the commitment of the personal Architect of all existence to draw near to us and to befriend us.

And those of us who, by God’s grace, enjoy confidence in relationships can encourage the strugglers. We can do so chiefly by becoming people who desire nothing beyond knowing — really knowing — God. I grew up in a close home and now have a wonderful family of my own. In the years prior to joining the RTS faculty, I was involved with a warm and generous church family, where I enjoyed an unusual chemistry with the rest of the pastoral staff and my ministry team. But there are times when I sit in the isolation of my own soul and say, “It’s just not enough.” There are longings within me that none of the strong relationships I have could ever satisfy.

Many of us, I believe, need to arrive at this point. We then can appreciate C.S. Lewis’s refusal to believe that we were made with such appetites without Something being out there to feed them. It is from this vantage point that we can celebrate the genius of the Incarnation: God has forever linked His life with ours. And it is from here that we can credibly model incarnating love — love that draws near to the lonely, the awkward, the friendless. In Jesus, God has come to be with us.

The splendor of Christmas is not exhausted by the fact that God has come alongside us; its special poignancy is that He came alongside us when we were His enemies. He came to give Himself for us. In the face of our longing for freedom from condemnation and guilt on our terms, God came onto the human scene on His own terms: to take our guilt into Himself, to be cursed in our place, to break in His own being the Law’s power to condemn and to damn (Ro 3:21-31; Eph 2:14-15; Col 2:13-14).

He who knew no sin became sin for us (2Co 5:21) so that we might become the righteousness of God in Him. To return to the language of John, a paraklhtos tends to be summoned when the problem is a legal one. In fact, the best translation for the term is often “advocate,” as is the case in 1 John 2:2, where Jesus Christ is referred to as the one who is both the sacrifice given for our sins and the Righteous One who pleads our case before God’s tribunal. Because He came for us — our substitute on a desolate cross — we have the guarantee that we who know Him by faith will stand before the judgment seat of history and hear: “Pardoned on the merit of my Son, your Advocate.”

Because in Christ, God has come for us, there is a freedom from condemnation and guilt from which, I fear, most of us shy away. For too many of us, the Law is not a record of accounts settled, but of payments due. Curiously, it seems so much safer to rely on the security — if security it really is — of performance, than to rest radically and thankfully in the gracious gift of unmerited pardon. Rather than being delighted and even teased by the way the Law holds before us the character of God — into whose image we are inexorably and graciously being transformed — we cower before threats and curses that have already been absorbed in the breast of the baby who was born for us.

A relationship with God mediated by the legal code is tragically bankrupt. Just how bankrupt it is was brought home to me recently and painfully. I was stopped and ticketed for speeding, even though I explained (and honestly!) that I had misunderstood the speed limit. Of course, ignorance is no excuse, but I found myself thinking — with a passion that surprised even me — that there is a big difference between flagrantly defying the law and unintentionally transgressing it. Further, I was quite angry that this officer could not be satisfied with simply giving me a warning.

After the incident, I realized what my relationship with God would be if impersonal, unbending Law were its mediator. My best efforts will always somehow go awry, leaving me shrieking with fist raised, “For crying out loud, God, I’m doing the best I can! Why can’t you give me a break?”

Christmas is a good time to remind ourselves and one another that sin’s curse is broken. The wrath of God has been exhausted in the cross for which his Son was born. The Law — along with anything else our consciences, our parents, our churches, or our world tack on to it — no longer has the right to bludgeon us. The only performance curve by which God grades us is that of His Son, the Righteous One who came into the world for us.

Jesus’ birth signals God’s intent not merely to befriend us, and not only to cleanse us, but also to indwell and energize us. This truth answers a longing I experience increasingly every year: a hunger for rest, for freedom from weariness, fearfulness, and frustration.

Intrinsic to the mission that begins with a baby lying in a manger is the promise of that “other Comforter” who would bring Jesus not just alongside, but inside His followers (Jn 14:17). He was born to die. He died to rise in power. And He was raised to give to the church that same power which had brought Him up from the dead: the Holy Spirit (Eph 1:17-23). As Paul puts it, “The last Adam became life-giving Spirit” (1Co 15:45).

Therefore, even though we are but earthen vessels — unglamorous and fragile — we nonetheless have blazing within us the light of God’s glory (2Co 4:6-7). We fatigue. And we see only at a distance the approach of that Sabbath-rest toward which history stumbles, creation strains, and our spirits groan (Heb 3 & 4; Ro 8:18-25). Nonetheless, Jesus now gives a genuine rest to all of us who have come to Him weary and heavy-laden (Mt 11:28) — a rest that singer and song-writer Michael Card can call “a joy in the journey.” The Sabbath-rest we are granted now is in fellowship with the obedient, humbled, and crucified Jesus and is therefore experienced, as it were, in the wilderness on the run. But rest it is, for it is the presence of the incarnate Son Himself, alive within us by His Resurrection Spirit.

Beyond rest, this same Spirit makes available to us strength for our living, love to replace our self-preoccupation, and confidence in the face of our fears (2 Tm 1:7). In the coming year, may our lives be filled with the awe and vigor that flow from the presence within us of the incarnate Son of God. May we be filled anew with the sense that by Jesus’ linking His life with our flesh, He has dragged us into a strange and wonderful adventure.

In the coming of Jesus, God has more than met us at the point of our deepest longings. May we know, to borrow again the language of Michael Card, “the wildness and wonder of life” that are God’s gifts to us at Christmas.

In His humbling incarnation God has come to be with us, our partner and friend.

In His humiliating death, He has come for us, crushing our greatest enemies, sin and its curse.

In His exultant rise from the dead and His resultant reign from heaven, He has come in us, living in our very hearts by the power of the Holy Spirit, bringing forth a bumper crop of energy, hope, joy, and love. 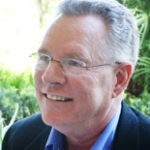 Reggie Kidd (Ph.D., Duke University) joined Reformed Theological Seminary in 1990 and served as Professor of New Testament. Dr. Kidd is an ordained priest in The Episcopal Church and has served as a pastor and elder at multiple churches.