Dr. John Perritt was somewhat reluctant to enter ministry. In college, he’d been a youth intern at First Presbyterian Church in Hattiesburg, Mississippi. But when he moved to Jackson in 2003 after getting married, he took an insurance job at Southern Farm Bureau, right down the street from Reformed Theological Seminary. At that time, he’d settled on the idea of just working a “secular” job. While his heart for students and desire to host students remained, he preferred his involvement to be on a volunteer basis.

After attending Pear Orchard Presbyterian Church for six months, Dr. Perritt began volunteering with the youth. Several months later, he was all in. He wanted to make ministry, not insurance, his main thing. After a year at Southern Farm Bureau, he quit and was hired as
a youth intern at Pear Orchard.

At that time, he also entered seminary. Dr. Perritt took one class at the RTS Jackson campus in the fall of 2004, and between his experience in class and on staff at Pear Orchard that semester, his mind was made up.

He often tells people that seminary taught him how much he did not know about the Bible, the church, Christianity, and ministry. Throughout his time at RTS Jackson, his ministry interests shifted. He recalls, “It was humbling in a great way. I definitely grew from wanting to just walk alongside students and be in their lives to — by the time I left seminary — being passionate about teaching students, being up in front, and communicating the gospel to them on a deeper level.” He hadn’t abandoned his love of one-on-one discipleship; it had matured into a greater passion for teaching.

Dr. Perritt would also classify himself as a reluctant leader. He prefers to be behind the scenes instead of in front. But one of the ways RTS helped him grow as a leader was by giving him more confidence in his teaching. He never lost that awareness of how much he did not know about the Bible, yet he still found himself growing more confident as a teacher. After graduating from RTS in 2009, he remained on staff at Pear Orchard until the spring of 2017, when he transitioned to Reformed Youth Ministries (RYM).

In 1972, three youth workers tired of the fun-and-games model of youth ministry founded RYM. They wanted a conference centered on the preaching and teaching of the Word, so they started one. It was not until about 15 years ago that their vision broadened to multiple conferences, training, and resources. Dr. Perritt shares, “A major heartbeat of RYM is to serve the local church.” Training and equipping youth workers and parents is a means of ministering to families and, ultimately, the local church.

Even at RYM, Dr. Perritt continues to be involved in pastoral work. He is a ruling elder at Pear Orchard and still volunteers there with the youth from time to time. A large part of Dr. Perritt’s work as Director of Resources at RYM is writing, a discipline he came late to.

While at RTS, writing as a potential teaching ministry was not on his radar. But after seminary, a desire to write began to grow with the encouragement from a number of other pastors and mentors, like professor Derek Thomas. More and more doors began opening for him to write, including his current role at RYM.

RYM has eight free Bible studies on their website with the goal of adding others. Much of what Dr. Perritt does at RYM is write and oversee writing projects like those. But he also oversees the development of everything from podcasts to a book series RYM is putting together. Their strategy is to get youth reading. Dr. Perritt says, “One of the primary ways we can be discipling students is discipling them to be readers because God has placed a great emphasis on the written word. He gave us a book to reveal who he is. And so we want to give the next generation good, theologically rich content that’s accessible to them.”

One of Dr. Perritt’s current projects is a series of booklets called Track Series. They release three new booklets every six months. As the project editor, Dr. Perritt describes his job as “taking people’s work and making it so teenagers can understand it.” For podcasts, he receives books from upcoming guests to read before interviewing them. He also regularly meets with youth workers to help mentor them in any way he can, but also to learn from them.

Before joining RYM, Dr. Perritt never thought he would host a podcast. But that was one of the first assignments he was given. His boss asked him to think of ways to produce new resources, and Dr. Perritt shared the idea of podcasts: “Podcasting seems pretty popular. I think that’s something we should get into, but I don’t think that’s my gift set. I think we can get somebody else.” Rather than find someone else, his boss gave him the responsibility. 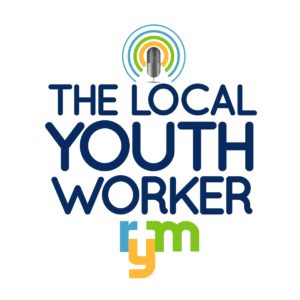 Yet Dr. Perritt has discovered that as he began podcasting, he’s grown to enjoy it. “It’s been incredibly humbling, getting me out of my comfort zone. But it’s been fun; [seeing] how the Lord’s used it and how it’s served others has really been neat.” On RYM’s “The Local Youth Worker” podcast, Dr. Perritt interviews local youth workers, counselors, pastors, and seminary professors with the goal of sharing helpful conversations for anyone who ministers to teenagers, whether parents, pastors, or volunteers.

Two of the biggest challenges facing youth workers involve technology and sexuality. “There is so much research that is showing that the amount of screen time is connected to depression and anxiety,” Dr. Perritt says. While he’s not anti-technology, he acknowledges that the prevalence of phones and devices makes it difficult to communicate with students during lessons and face-to-face meetings.

The other challenge is helping students navigate their sexuality — “having compassion without compromising the truth, being loving to those who struggle, keeping the truth in front of them, and indicating that the church is a place for those who are struggling.” It’s a delicate balance to strike, and youth workers “are on the front lines of the culture” in a unique way. One of the main goals of the “Local Youth Worker” podcast is to host experts to help educate youth workers on challenging topics.

From volunteer to leader, John Perritt seems to have finally found his stride. Keeping up with a fast-changing youth culture has its challenges, but he confessed that more than anything, his role has been a lot of fun. Dr. Perritt explains, “When people ask me what’s my favorite part of the job, I think it’s the creativity aspect of it: being able to sit and dream and think about ways in which we can serve the broader church.”

Alicia Akins works in international education by day, is a part-time Master of Arts (Biblical Studies) student at RTS Washington, and is the author of Invitations to Abundance, published by Harvest House.