RTS seeks to equip students not just for the pulpit, but for servant leadership wherever their ministry sphere, be it the boardroom, civic square, their homes, or their communities. As a Master of Arts (Biblical Studies) student at RTS Charlotte from 2017 to 2019, Lemuel Rodrigues embodied just that.

Early in his graduate studies, Rodrigues became actively involved in an immigrant community at a local church. One of his classmates, Alex Lott, connected him to Starmount Church, which was looking to enhance its community engagement through the launch of new ministries. They welcomed Rodrigues to join their efforts, and he proved instrumental in revitalizing Starmount’s efforts to serve its community.

Located in Charlotte, North Carolina, Starmount Church had long focused on the needs of its surrounding newly-resettled immigrant population. Around 700 new refugees resettle each year in Charlotte, making it North Carolina’s largest and most diverse refugee population. Senior Pastor Reverend Anthony Pizzuti sought to transform his small and aging congregation into a multicultural one more reflective of its neighbors, so they partnered in their programs with families, youth, and children from countries in Central and South America.

The training I received at RTS made a huge difference. I had the opportunity to apply what I learned almost at the same time I was learning it.Rodrigues, who moved to Charlotte from Brazil to attend RTS, explained what drew him to the opportunity: “I was already an ordained pastor and had the desire to serve the city’s immigrants, as there were no Reformed churches that had a great impact on immigrants.” This closely aligned with Starmount’s mission to introduce their neighbors to Jesus through relationships and be a catalyst of hope for their community. He eagerly got to work.

His involvement began with soccer, a favorite pastime of his, and English as a Second Language (ESL) programs, but gradually expanded to other areas of ministry within the church and other partnerships within the community. After assisting with soccer on Saturdays and ESL on Thursday evenings, he also began to lead worship on Sundays at Starmount. At the start of 2018, his ministry role expanded yet again as he launched community groups for Brazilians, a fast-growing population in Charlotte. These groups diversified the multicultural makeup of the congregation. Those community groups soon led to Rodrigues teaching Sunday School classes in Portuguese and offering simultaneous interpretation during Sunday services. 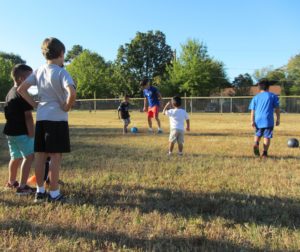 As his involvement in the church grew, Rodrigues reflected on how he saw his Brazilian background as a ministry asset. “Precisely because I was an immigrant was I capable of bringing a different view to the planning of the church to revitalize and become a multicultural church.” He also saw support from his professors as an asset. Professors at RTS Charlotte helped to facilitate networking between students and local churches, which allowed students like Rodrigues to develop projects and get involved in activities in town. Some professors even had pre-existing relationships with churches through counseling or other ministry opportunities.

Not only did he get to learn in lectures alongside his classmates, but he was able to serve with them, too. Rodrigues explained, “My classmates frequently visited our church, helped us develop projects, and worked as volunteers, as well.” His whole RTS Charlotte community played an integral part in his work with Starmount and the broader community. The greatest benefit, however, came from his classroom instruction. “The training I received at RTS made a huge difference. I had the opportunity to apply what I learned almost at the same time I was learning it.” His service in the community was shaped by what he was learning in class.

Precisely because I was an immigrant was I capable of bringing a different view to the planning of the church to revitalize and become a multicultural church.Before long, Rodrigues was included in Starmount’s preaching schedule and, over time, became involved in the leadership of the church. Eventually, he was hired as the Outreach Director. Outside of the church, Rodrigues was also involved in Charlotte area schools through volunteering with an organization called CharMeck Responds Coalition, a coalition of faith partners, nonprofits, businesses, and other community organizations committed to ensuring all the members of the Charlotte-Mecklenburg community were cared for during the pandemic.

Rodrigues helped distribute and deliver meals to students of Starmount Academy of Excellence. Many of the families and students he delivered meals to did not speak English, but for those who could speak Spanish and Portuguese, he was always happy to listen. When it came time to celebrate those who inspire others to serve for Volunteer Appreciation Month last April, CharMeck Responds Coalition recognized Rodrigues as an example to follow. Rodrigues’ work with both Starmount and CharMeck drew on his prior experience working with immigrants, a population especially dear to him given his background and own experience having grown up in poverty. 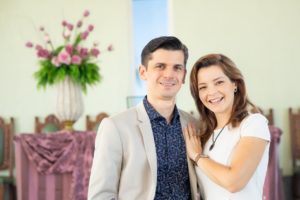 In 2019, Rodrigues received a call to become a pastor at Starmount Church. He began the process but, after the pandemic hit early last year, the Lord redirected him back to Brazil. He recently accepted the role of senior pastor at Igreja Presbiteriana Guarus, in Rio de Janeiro, where he will continue to utilize the education, creativity, experience, and compassion that he shared with his community in Charlotte.

Alicia Akins works in international education by day, is a part-time Master of Arts (Biblical Studies) student at RTS Washington, and is the author of the forthcoming book, Come Feast, with Harvest House Publishers.