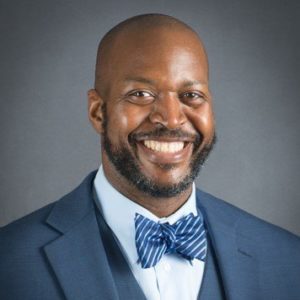 Dr. Ince has taught regularly at RTS for five years, during which time he has taught on multiple campuses across the RTS system, from New York to Dallas. In his new role, he will serve as an adjunct professor at the Washington, Atlanta, and Orlando campuses.

The new position represents the seminary’s increased efforts to train pastors and other church leaders in the United States and around the world. Though based at RTS Washington, Dr. Ince will continue his multi-campus work.

“Dr. Ince’s commitment to biblically-based and confessionally-sound theology as well as his love for the work of the gospel and the global church makes him an excellent and needed voice at RTS,” said Dr. Scott Redd, President of RTS Washington.

Dr. Ince has earned degrees from the City College of New York (B.E.), Reformed Theological Seminary (MAR) and Covenant Theological Seminary (DMin). He has served in a variety of church and parachurch contexts. In 2018, he was elected as moderator of the 46th General Assembly of the Presbyterian Church in America (PCA). He is also the founder and former director of the Institute for Cross-Cultural Mission.

Currently, Dr. Ince serves as Coordinator of Mission to North America, the domestic missions arm of the PCA. He is author of The Beautiful Community: Unity, Diversity, and the Church at Its Best (IVP, 2020).