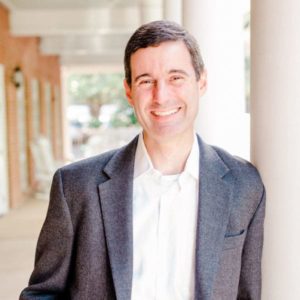 He is a graduate of Princeton University (A.B.), RTS Orlando (MDiv), and The Catholic University of America (MA, Ph.D.). He joined RTS as Assistant Professor of Old Testament and Assistant Academic Dean at the Atlanta campus in 2013. In 2015, Dr. Fullilove helped to establish RTS New York City.

In addition to his work at RTS, he serves as Lead Pastor of Multiplication and Scholar in Residence at McLean Presbyterian Church in McLean, Va.

Executive Director Dr. Jay Harvey said, “Dr. Fullilove is the founding professor of our program in NYC. No one combines scholarly acumen, pastoral wisdom, and pedagogical excellence more than Bill Fullilove. This promotion to full professor is a well-deserved recognition of his transformative influence on students and his faithful service to the church.”

Dr. Fullilove is the author of various books and articles, including Introduction to Hebrew (P&R, 2017) and A Graded Reader of Biblical Hebrew (P&R, 2018). He has contributed to Hebrew for Life (Baker Academic, 2020), Knowing and Doing, Ministry & Leadership, and other books, journals, and periodicals. He is also a frequent contributor at The Washington Institute for Faith, Vocation, and Culture.