God’s command to destroy the Canaanites by Israel constitutes one of the great ethical dilemmas of the Old Testament. How could a truly holy and loving God command and give instructions for a wholesale slaughter of an entire people? Those questions are not easy. The solutions are not simple. What I want to do is give you four brief points for your consideration of this topic.

Point number one is that at the outset, we ought to consider the very nature of God. He is sovereign Lord and has absolute right to exercise his power in any way that he chooses. He is the Creator of all things; therefore, he has full rights of ownership over everything. It is God’s desire, pleasure, and purpose for Israel to inherit the land of Canaan. God, indeed, has the rights of Creator. Who can say to him, “Why have you made me like this? What are you making? What are you doing?”

Secondly, the Canaanites were in no way an innocent people as they stood before God and Israel. Were the Canaanites a peaceful, righteous, upright people? That is hardly the case. When God promised Abraham that his offspring would inherit the land of Canaan, he said it would not happen until the fourth generation after Abraham because the iniquity of the Amorites is not yet complete. They practiced such things as child sacrifice, incest, adultery, temple prostitution, and various other horrible acts.

When we read about God’s justice going forth against the Canaanites, it was because they had rejected God and his law. It was a willful rejection, a purposeful rejection. There were witnesses in the land to the Canaanites: Abraham, Isaac, Jacob, and their families. They were people who followed the Lord. The Canaanites were not innocent; they were morally bankrupt and incorrigible in their wickedness.

He is sovereign Lord and has absolute right to exercise his power in any way that he chooses.

Thirdly, we should note that Israel was not immune to being the object of God’s justice. Israel was destroyed by a foreign power and ejected from the land of promise because they were in rebellion to the Lord. Although Israel was God’s chosen people, the Lord’s justice applied to them as it applied to other nations. God’s justice does not show favoritism. In Deuteronomy 20:18, the Lord told Israel that one of the primary reasons that its army was to destroy the many nations before them was so that they may not teach them to do according to all their abominable practices that they have done for their gods and cause them to sin against the Lord. Acculturation, as we have learned in this class, was a prominent threat against Israel. God repeatedly warned the people that “the Canaanites shall not dwell on your land, lest they make you sin against me. For if you serve their gods, it will surely be a snare to you.”

Finally, the destruction of the Canaanites was a pointer to the end of time when God will bring a final reckoning and judgment on all who do not turn to him. When we consider that reality, that there will be a final judgment, it should drive us to pray for the unbelievers. It should drive us to witness to the unbeliever so that the unbeliever would turn to the gospel of Jesus Christ, which is the only means of salvation and deliverance and the only means of redemption from the judgment to come. 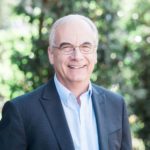