Many Christians often ask, “Why does it matter that we believe that Jesus really was born of the Virgin Mary?” Even though we confess that, of course, in the Apostles’ Creed, some might say, “Well, is it really essential to Christianity? Does Paul mention it? How essential is it?” And I would offer, sort of, three answers as to why it is critical to Christians to affirm the virgin birth.

The first one, of course, is that two of the gospels directly affirm that Jesus was born of the Virgin Mary, most famously in Matthew 1, as well as Luke 1. Both evangelists go out of their ways to describe how Mary was a virgin. That word is used multiple times. She’ll even say, “I have not yet known a man. How can this be?” They were not — they had not come together before the conception of Jesus. So both of those birth narratives of Jesus are very clear that we should understand Jesus as having been conceived in Mary before she had natural relations. In fact, the genealogy of Matthew makes this immensely clear. It’s interesting: at the end of this series of “so-and-so begat so-and-so,” you have Joseph being mentioned, but then it switches and it says he’s the husband of Mary, of whom Jesus was begotten, by implication, by God. So even in the genealogy, there’s this very deft way in which Matthew notes that Jesus wasn’t born from the progeny of Joseph, but begotten by God through or from Mary. So, just affirming what Scripture says is kind of the starting point.

A second reason I would give as to why the virgin birth matters, is that Matthew describes it in chapter one of his gospel as a fulfillment of Scripture, quoting directly from Isaiah 7:14. Although Luke actually alludes to it as well when he describes this virgin giving birth to a son, and calling his name something that’s an allusion to Isaiah 7 as well. Affirming the virgin birth really is affirming God’s promise from the Old Testament.And in Isaiah, we have this prophecy of an impending exile, and there are these three symbolically named sons. The first one is Maher-shalal-hash-baz, which is a fancy way of saying that the exile is coming. They’re going to be “quick to plunder and speedy to the spoils.” Then on the other side of that, there is this beautiful name of a son Shear-Jashub, which is “the remnant shall return,” that God will return his people on the other side of the exile. Then, right in the middle of that in 7:14, you have this young woman, or this virgin, giving birth to Emmanuel, that the way Israel is going to be preserved through exile so that a remnant will return, is that God will be with them. So Matthew, and I think by implication, Luke, point to that and say, the consummate fulfillment of this, as the Jewish people, as God’s people are still in exile under Rome, is that a remnant will be brought to God through the work of the son, born of this woman, who is God with us. So, affirming the virgin birth really is affirming God’s promise from the Old Testament.

Then lastly, we would mention the theological importance of the virgin birth, and that’s where I think we can bring Paul back to the equation. For example, he mentions that Jesus was born of a woman in Galatians 4, but he also describes how Jesus, this one who was born as a human, is different than Adam in Romans 5. Because he is not from an ordinary descent from Adam, he is not part of the curse and the sin that is passed down from Adam, which enables him to save a remnant through his sacrificial death, because he himself is sinless. Then finally, if you get to Philippians 2, the virgin birth really is the presupposition that makes that work. Philippians 2, beginning in verse five, Paul talks about how Jesus was in the form of God and was God, yet he took on flesh. The only way that works is for there not to be, as the church fathers often described, there’s no human father in the mix. There’s a divine father, but then the fact that he was incarnate, that he took on flesh, that comes through Mary. And so this divine combination, if you will, of God and man, almost a hundred percent requires some sort of virgin birth for him to have full humanity and full deity. So, whether you’re looking at the gospels, whether you’re looking at the Old Testament, or whether you’re looking at the writings of Paul, you really can’t get around the importance of affirming the virgin birth. 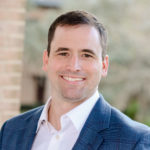 Greg Lanier (Ph.D., University of Cambridge) joined the faculty of RTS Orlando in 2016 and now serves as Associate Professor of New Testament. He is also Academic Dean for RTS Global Education, Associate Pastor (part-time) at River Oaks Church, and is ordained in the PCA. You can follow him on Twitter.