What is the root of racism? Dr. Carl Ellis explains how “creaturism” began at the fall and manifests itself in things like racism.

You have got to get at the root, and the root is creaturism.

Whenever you judge anything or anybody by the standards of yourself, the other person is inferior by definition because nobody can be me as well as I can be me. No race can be my race as well as my race can be. That is where racism comes. So it is one of the manifestations of creaturism. You go to some other places, it is tribalism. Go to some other places like India, it is the caste system. There is classism like you had in Europe. It goes on and on and on. 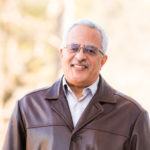