A number of years ago, J. Gresham Machen at Westminster Theological Seminary wrote a very well-known book which has become famous over the years called Christianity and Liberalism. That really is a book that needs to be read more and more today because what Machen argued in his book is that in his time period, there was a version of Christianity, a type of Christianity that was presenting itself as a real option for what to believe. But when you really looked down at the core beliefs within it, it wasn’t really Christianity at all. In fact, it was just a different version of the faith altogether. In fact, Machen wrote this whole book to try to warn people against that version of the faith.

In the modern day, there’s something very similar still happening, and we may not call it liberal Christianity today, although there’s a sense in which that’s true, but really the term now is progressive Christianity. It’s a version of Christianity that sells itself as a valid option for Christians that on the surface looks a lot like the Christian worldview and may seem in the eyes of many people to be more acceptable, more likable, a really more palatable version of the faith. But again, like in Machen’s day, when you really bore down into it, you realize there are some really serious problems there. So one of the common questions is: how do I spot that progressive Christianity when it looks so much like true Christianity? Well, just a few tidbits for you.

1. Progressive Christianity Has a Low View of Christ

2. Progressive Christianity Is Focused on Moralism, Not Salvation

The third mark is tightly close to that, too, which is if you think you can be a good person, you must have a very low view of sin, which is another thing that progressive Christianity has. It’s this idea that people aren’t really that fallen and they’re not really that bad, there’s not really anything marring us, that we’re all good people at the core and therefore really do have an opportunity to be even better. You’ll find that in progressive Christian circles, there’s a downplaying of the word sin; there’s certainly no interest in talking about the wrath of God on sin. God is not portrayed as at all disturbed by or upset with sin. These are sort of the classic hallmarks of progressive Christianity. 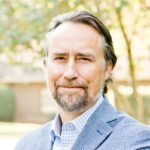