What are some misconceptions about Reformed Theology? Dr. Scott Redd looks at misunderstandings regarding Reformed Theology centered around what it teaches about God, humanity, and interpreting the Bible.

One of the primary misconceptions in the Reformed tradition—I think they all sort of spring out of this idea that it’s sort of a hyper-intellectual, coldly rationalistic tradition that has been handed down to us in the form of systematic theologies that seek to create constellations of propositions and doctrines and that sort of thing. And while I would say the systematic tradition of the Reformed branch of the church is kind of our wheelhouse—it’s what we do really well—we can’t miss this clear heart that is behind that endeavor.

All we have to do is open up the prayers of the Puritans and see how this was not a merely cognitive thing that was going on, but this belief system that they are giving expression to was really engaging all of the human life. So it’s not coldly rationalistic historically, and yet, unfortunately, through abuse of the Reformed tradition, I think it actually has sometimes been presented that way.

Lastly, I would say there’s a kind of conception around Reformed theology that it isn’t interested in the mysterious aspects not only of the gospel, but the mysterious aspects of the Word of God in general. And I would argue, actually, that while Reformed theology is primarily interested in answering the questions as they are explicitly stated in Scripture, and that we do believe that the Bible is clear really on matters of faith and providing for us all of the divine instruction that we need for this life, we also recognize that because of God’s revelatory character, that he reveals himself in Scripture, we can say true things about the Lord, and yet we’re also limited. Not merely because of sin—sin does limit our knowledge and our ability to understand God—but because we are ultimately created. We’re not the Creator. There will be questions that we will never have the answers to because of our own finitude. Our fallenness limits us, but so does our finitude. And as a result there’s going to be great and glorious mysteries. 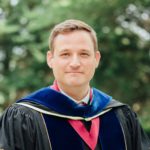 Dr. Scott Redd (Ph.D., The Catholic University of America) is the President and Stephen B. Elmer Professor of Old Testament at the Washington, D.C. campus of Reformed Theological Seminary. You can follow him on Twitter.