RTS extensions began in Orlando, Florida and Charlotte, North Carolina, both at the invitations of local pastors and churches. Florida and the Carolinas represented a significant percentage of students attending classes in Jackson at the time, so the extension campuses provided a way to serve those students closer to their churches and homes. Three more extension campuses — in Washington, Atlanta, and Houston — came about in similar, natural ways.

“We were open and prayerful, but [the new campuses] were ‘unplanned,’ in a sense,” shared Chancellor Emeritus Ric Cannada.

To some, having eight campuses in addition to an online program might seem counter-intuitive. Why not just have students go to main campuses, instead of taking on the risk of starting new ventures in new cities?

But for Cannada and others in leadership, the answer is simple: RTS seeks first and foremost to have an impact for the Kingdom of God. Why not, then, go to places where RTS can increase its influence? Why not go to the students in the communities where they live, serve, and witness, instead of asking the students to come to them?

From the local youth pastor who wants to take a course, to the layperson who wants to learn more about the Bible; from the students with ministry internships to the faculty and staff who serve their local congregations, there’s no denying that RTS is training and equipping faithful Christians in its many geographical locations. Cannada refers to each RTS campus as an “impact center” for the gospel. 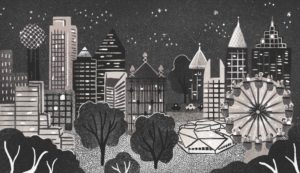 RTS’ impact centers have only continued to grow in their scope since the first expansion to Orlando in 1989. Most recently, RTS has opened campuses in three of the 10 most populous US cities — New York, Houston, and Dallas. When adding the populations of suburban areas, Washington, D.C. and Atlanta are also included on that list, according to 2018 estimates by the US Census Bureau.

In a recent interview with Dr. Ligon Duncan, Keller shared some of the benefits of having an RTS campus in New York. Outside of the vast number of people in New York and the overall lack of theological education available in the area, he points to the diversity of the city’s population. “You’ve got people from all over the world here and people from so many different cultures.”

Leaders of campuses in other cities cite similar benefits. “There are just under six million people in the Atlanta metro,” shared Dr. Guy Richard, Executive Director of RTS Atlanta, which will celebrate its 20th anniversary this year. “Being here gives us access to an incredible number of people and churches from an incredible number of backgrounds and traditions.”

As of 2019, WalletHub named Houston, Texas the most diverse city in the United States, citing reports on household, religious, socioeconomic, and ethnic diversity.

Rev. Robert Arendale, Executive Director of RTS Houston, described the diversity and the large population of Houston as “both a challenge and a tremendous opportunity for the gospel” — a perspective shared by many RTS campus leaders in other major cities.

RTS Washington, located just outside of the nation’s capital, started the Institute for Theology and Public Life (ITPL), which offers a suite of classes applying Reformed theology to issues related to our lives together in community at large. Through ITPL, RTS Washington equips students to reflect biblically on questions facing citizens today and on callings in public life. The Washington campus serves members of the local church through its programs and courses, including ITPL: whether the layperson serving in a policy or public-service role, or the pastor with public servants in his congregation, or current students who want additional training before moving into vocational ministry.

For alumnus David Frerichs, the institute was impactful in his roles both as pastor and citizen. As Frerichs serves young adults in Bethesda, Maryland, his time at RTS Washington enables him to help his congregants navigate the transition from college to careers. “The ITPL courses forced me to think deeply about the relationship between Christ and culture, and have in turn helped me teach others about the relationship between work, worship, evangelism, discipleship, and service.”

Other campuses offer their own programs to meet the specific needs of their students. Through the RTS New York partnership with Redeemer City to City, students are trained for urban ministry. And RTS Atlanta has established the Edmiston Center for the Study of the Bible and Ethnicity in response to the diverse backgrounds and traditions found in their city. The Center offers courses and hosts lectures that teach students and attendees about the history and current experiences of the global church and help them apply what they’ve learned to their own ministry contexts. 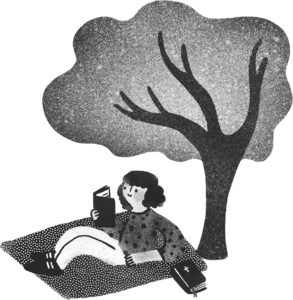 “We saw the need to equip pastors and church leaders to minister to people from many different cultures and to plant churches that are intentionally multi-ethnic and to do this within the robust theological tradition that has been a hallmark of RTS from the beginning,” commented Richard. “We see this not as a luxury but as a necessity for the 21st century.”

City locations give RTS campuses access to a large number of opportunities to serve local churches.

The campuses provide courses and continued education opportunities to those in vocational ministry, and many RTS students serve the church through internships — directly applying what they’ve learned in the classroom.

Alongside the unique joys of extension campuses come particular challenges. The campuses in larger cities encounter a range of accessibility issues — whether travel, housing, or schedules.

“There’s an awful lot of people in New York that are actually in ministry that have never had theological education and would like one if it’s made accessible, if you work around people’s schedules,” Keller told Duncan.

RTS has adapted to students’ schedules since 1990. Before RTS Charlotte was officially established, RTS started offering non-traditional classes due to professors’ schedules. Professors would fly in to offer courses over the weekends. For students who couldn’t relocate to Jackson, Mississippi, having a flexible course schedule and access to courses near them allowed them to keep their jobs and other responsibilities.

RTS hasn’t changed, our mission has stayed the same, but we’re reaching more people.Flexible class schedules have proven to be successful at many city campuses. Some campuses offer a mix of both traditional and non-traditional class schedules, while others provide evening, weekend, and intensive classes exclusively. RTS Washington recently started a new course module taught on Saturdays, for those who are not able to take classes during the week.

Since RTS Washington opened its doors twenty-five years ago, RTS has responded to opportunities to provide theological education in the city. By creatively meeting the needs of their individual contexts and cultures, each campus not only provides training to future generations of church leaders, but supports local churches and reaches the world with the gospel, fulfilling the mission and vision that took shape over fifty years ago in Jackson, Mississippi.

In the words of Ric Cannada, “We haven’t changed; our mission has stayed the same, but we’re reaching more people.” 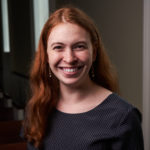 Kelly Berkompas served at RTS as the Communications Manager and Managing Editor for Ministry & Leadership.