While John Calvin is chiefly remembered today as a great theologian, it should not be forgotten that he was essentially a pastor. Indeed, it has been said of him that he became a theologian in order to be a better pastor. His preaching gives some of the clearest evidence for this. Still in his early twenties when he began to preach, he continued to do so for the rest of his life- on average five times a week during his long years of ministry in Geneva. From 1549, thanks to the Company of Strangers, who employed Denis Raguenier as a scribe, Calvin’s sermons were preserved and their riches remain available to us. Now, thanks to the devoted labours of Professor Douglas Kelly of Reformed Seminary, Jackson, Mississippi, the Sermons on 2 Samuel 1-13 are made available in English for the first time. Important as these sermons are for students of Calvin, they are of inestimable value for those who, like Calvin, are pastors, preachers or are simply ordinary Christian believers like those to whom they were first preached. Calvin’s masterly handling of the historical narrative of this wonderful book of Scripture combines with his deep insight into human character to produce a volume which will be treasured.

RTS Book Notes: Cracking the Foundation of the New Perspective on Paul 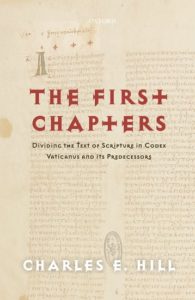