For his community, Scott Maclellan’s family name holds deep significance. The Maclellan legacy began with Scott’s great-grandfather, Thomas Maclellan, a native Scotsman who eventually landed in Chattanooga, Tennessee, in 1892. After Thomas’ death in 1916, the Maclellan family proceeded to have a profound impact on Chattanooga and the surrounding area for generations.

The fingerprints of the family’s generosity are seen all over Chattanooga, from the Dora Maclellan Brown Memorial Chapel on Covenant College’s campus atop Lookout Mountain to the wildlife sanctuary Maclellan Island in the Tennessee River that weaves through Chattanooga’s downtown. Since 1945, much of this work has been enacted through the Maclellan Foundation, founded by Thomas’ children, Robert J. Maclellan and Dora Maclellan Brown, and grandson, Robert L. “Bob” Maclellan — Scott’s father.

The family foundation work continues with Scott serving on the board alongside his son Reid Maclellan, his cousin Hugh O. Maclellan Jr., and Hugh’s son Chris Maclellan, the current chairman of the foundation’s board. In addition to his role on the board at Reformed Theological Seminary, Scott previously served as past chair of the Maclellan Foundation and currently serves as board chairman at King University in Tennessee. Early in his business career, Scott was in the music and entertainment industry producing bands such as The Allman Brothers, Alabama, and The Doobie Brothers. However, Scott’s first passion has always been the family business of generosity.

Generosity doesn’t necessarily pertain to money. It involves time, investment of what you have.Scott has a particular passion for Christian education: “I love Christian education, and this is what the Maclellan Foundation has been involved with from the beginning. One of our first grants as a foundation back in the ’40s was Bible in the Schools, which we still support in a large way.”

In 1974, the foundation started the Christian Education Charitable Trust to deepen its investment in all levels of Christian schooling, including Christian colleges, universities, and K-12 schools all over the United States and abroad, including RTS. The foundation’s history with RTS goes back many years, stemming from a personal friendship between Scott’s father, Bob Maclellan, and Bob Cannada. “My father was involved in the beginnings of RTS,” Scott said.

Beyond education, the Maclellan Foundation’s scope of support centers at the local level — having founded Chattanooga-based nonprofits such as First Things First and On Point, and coming alongside others like Choices Pregnancy Resource Center — but stretches to a national and international scale.

The foundation’s desire is to inspire generosity in others, and in 2000, they founded Generous Giving to do just that. “Generous Giving has really created an amazing network of high-value givers that we connect with and bring together to do Journeys of Generosity. The people who attend it don’t have to pay anything, there’s no ask, but we just try to introduce them to what could be generosity.” These 24-hour retreats are free and have been held in homes, hotels, and retreat centers around the country.

However, this effort does not stop at the border, as Scott explained. “We subsequently created Generosity Path, which is involved around the world, not just the US. It’s interesting when you go to places like Vietnam, you don’t find that many high net worth folks, but generosity doesn’t necessarily pertain to money. It involves time, investment of what you have.”

Through their generosity and investments, Scott wants the Maclellan Foundation to cultivate and strengthen organizations to flourish. This does not come simply from bestowing grants, but requires a holistic approach to do well. “We learned many years ago that giving organizations money isn’t necessarily the best thing to do,” says Scott. “It’s the most perceived need by the ministry…but we’ve learned the hard way, because we have sunk ministries by giving them money when they needed to do something else.” For this, the Maclellan Foundation partners with outside businesses and nonprofits to provide expertise and guidance to their grantees.

Giving organizations money isn’t necessarily the best thing to do. It’s the most perceived need by the ministry…but we’ve learned the hard way, because we have sunk ministries by giving them money when they needed to do something else.In the organizations that the Maclellan Foundation supports, what Scott wants to see most of all is a dependence on God. As he puts it, “A thing that makes a ministry worth its salt is hunger and relying on God to provide.” Encouraging organizations to step out in faith is the core tenet that Scott hopes to instill in those within the Maclellan network, whether that be his neighbors in Chattanooga or global ministry entrepreneurs spreading the gospel through their work.

Furthermore, he is passing down this mentality to the next generation both within and outside the foundation. Scott’s eldest son, Reid, serves on the board of the Maclellan Foundation, along with several cousins, nieces, and nephews serving in various ways.

Matthew Bryant, Senior Vice President of Development at RTS and Chattanooga native, lights up when asked about the impact of the
Maclellan family. “When I think of the Maclellan Foundation, I think of them as being among the great shoulders on which we stand today. They are, simply put, giants among those who have helped institutions like RTS to flourish. We would not be who we are today without them… May the Lord continue to use them in this generation and many thereafter to strengthen God’s people.” 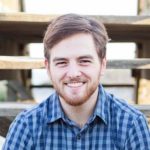 Mark Erickson was the Assistant to the Chief Development Officer at RTS until 2022.