How should Christians engage with the culture? Dr. James Anderson shares a biblical perspective of culture to help us understand how we can engage with the world around us.

How should Christians engage with the culture? Well, this is a very pressing question in our day. There’s a lot of discussion about it, and that is exactly why we’ve introduced a new course into our curriculum, entitled “Christ, Culture, and Contextualization,” which is really devoted to giving an in-depth answer to that question of how Christians should engage with the culture.

Culture is a Gift

Culture, in its simplest definition, is what we do with what God has made.Second, I think we want to recognize that culture is a gift from God. It’s not something to be feared, it’s not something to be inherently opposed, but in fact, culture is part of the goodness of creation. There is in Scripture what is called a cultural mandate for us to exercise dominion over the created world and to take the resources that God has given and use them for the glory of God and for the good of our neighbor.

Thirdly, we need to recognize that culture is fallen. As well as a doctrine of creation, of course, Christianity has a doctrine of the fall, that this world is fallen in sin, mankind is fallen in sin. Of course, that has an impact on culture. And so the culture around us is always going to be a mixture of good and bad. And so we need to exercise great discernment to be able to tell the difference between a God-honoring culture and a God-dishonoring culture.

All Culture is Religious

Christians are Part of Culture 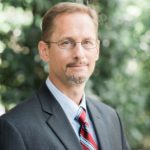 James Anderson (Ph.D., Ph.D., University of Edinburgh) is the Carl W. McMurray Professor of Theology and Philosophy at RTS Charlotte and the Academic Dean for RTS New York City. He is an ordained minister in the Associate Reformed Presbyterian Church. You can follow him on Twitter.