In the Book of Psalms there are a number of different types of Psalms. There are psalms of lament and psalms of thanksgiving. There are royal psalms, Zion psalms, and wisdom psalms. We could even put in that category imprecatory psalms, or those psalms which would pray for the demise of Gods enemy or the enemy of God’s people.

In the old covenant model God’s people were set against the world, and their job was to, in some sense, cut off those who are sinful and cut off the enemy of God. God’s enemies and the enemies of his kingdom were enemies against his people, and so you prayed for their demise which would have been the flowering of his kingdom. In the new covenant, we have the “love your enemy” passage, the “turn the other cheek” motto, and the “present the gospel to all the nations” motto — “don’t kill them with the sword, kill them with the Gospel” if you will.

We can use imprecatory Psalms as models to pray against what hinders the advancement of God’s kingdom.

Still, there are enemies to that work in the kingdom. There is your own sin that you could pray those psalms against that God would destroy that enemy of sin, your lack of faith, or even those out there who outwardly oppose the advancement of God’s kingdom in this world, spiritually. You could pray that God would undo that particular reality. Even in the midst of them, you’re not praying for their ultimate demise because you want to see them repent. You’re praying for the demise of their works, for example.

Part of understanding how to use and relate to the imprecatory psalms is understanding what level of continuity and discontinuity exist in the covenant models that we follow. In covenant theology, we see a lot of continuity, but we also see appropriate discontinuity. We’re not going to go out and pray for the eternal damnation and destruction of the enemy. We’re going to pray for their repentance and life in the gospel. We can use those imprecatory Psalms as models to pray against those things that hinder the advancement of God’s kingdom in this world, such as our own sins or for people who work actively to promote the harm towards God’s people or even harm towards his common grace world.

God is a God of standards, justice, and righteousness. He hates injustice. He hates when things tear away his character and his kingdom. Those are the things we want to see go. I think we can still use those as models for how to engage that reality without actually physically having them be destroyed without the whole notion of gospel repentance as a possibility. 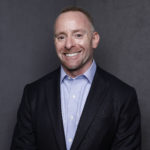 Miles V. Van Pelt (Ph.D., The Southern Baptist Theological Seminary) is the Alan Hayes Belcher, Jr. Professor of Old Testament and Biblical Languages and Director of the Summer Institute for Biblical Languages at RTS Jackson. You can follow him on Twitter.