Corpus Christologicum is a compendium of approximately three hundred texts–in Greek, Hebrew, Aramaic, Latin, Ethiopic, Syriac, Coptic, and other languages–that are important for the study of Jewish messianism and early Christology. In recent decades, the study of Jewish messianic ideas and how they influenced early Christology has become an incredibly active field within biblical studies. Numerous books and articles have engaged with the ancient sources to trace various themes, including “Messiah” language itself, exalted patriarchs, angel mediators, “wisdom” and “word,” eschatology, and much more. But anyone who attempts to study the Jewish roots of early Christianity faces a challenge: the primary sources are wide-ranging, involve ancient languages, and are often very difficult to track down. Books are littered with citations and a host of other sometimes obscure writings, and it can be difficult to sort them all out.

This book makes a much-needed contribution by bringing together the most important primary texts for the study of Jewish messianism and early Christology–nearly three hundred in total–and presenting the reader with essential information to study them: the critical text itself (with apparatus), a fresh translation, a current bibliography, and thematic tags that allow the reader to trace themes across the corpus. This volume aims to be the starting point for all future work on the primary sources that are relevant to messianology and Christology.

Gregory Lanier has assembled a magnificent sourcebook of all the texts that have been regarded as messianic from the Bible, Second Temple sources, Targum, Midrash, and even inscriptions. He has provided texts, translations, and basic notes. In an age of rampant transliteration, he uses the original scripts not only for Hebrew, Aramaic, and Greek, but also for Ethiopic, Syriac, and Coptic. A special feature of the book is the attention to metaphors that are not obviously messianic but have often acquired messianic overtones. This is a marvelous resource for scholars and students. It lays out the relevant information without prejudicing the interpretation.

Familiarity not only with the Hebrew Bible but also with a wide range of early Jewish writings, in several languages, is now essential to the study of early Christology. For that purpose this is a superb reference work. I wish it had been available to me when I did my earlier research and will certainly have it to hand as I pursue further work in this area.

I highly recommend Gregory Lanier s Corpus Christologicum as a rich resource for the study of ancient passages relevant to messianism and Christology. The nearly 300 texts he includes and the form in which he presents them should make the book the starting point for work in this lively field of study. In the compendium, he presents the texts in the languages in which they have survived, supplies facing English translations, and adds brief notes and bibliographies. An indexed system of tags is a bonus feature that makes the sizable volume easily searchable. 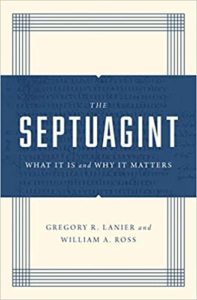 The Septuagint: What It Is and Why It Matters 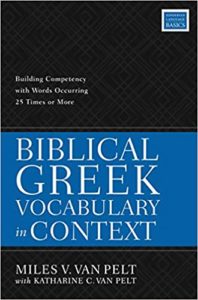