Justin Giboney was under conviction. As part of a state delegation to a national political convention, the attorney and campaign strategist (and RTS Atlanta student) participated in a voice vote on whether to remove “God-given” from the phrase “God-given rights” in the party platform. He observed that those calling for its removal spoke more powerfully than those who wanted it to remain.

That epiphany launched Justin on a journey toward fundamental change in the way Christians interact with politics, with biblical values, not partisanship, informing their political involvement. In 2016 Justin formalized this growing conviction by leaving behind his law practice and co-founding the And Campaign. The campaign’s stated goal is to promote biblical values and social justice, emphasizing that the two are not mutually exclusive. Justin’s first forays into political action came while working at a law firm in Atlanta with friends, but never really got involved. Then a mayoral race here in Atlanta was about to start, and I said to my friends, ‘Let’s stop being so academic about it — how about we get into the fray?’ So we researched the candidates, and one of them really stuck out to us. We went to him and asked if we could help, and we were with him throughout his campaign beginning when nobody knew him.”

When the candidate ended up winning the election, it started Justin on a new path. “I started managing campaigns,” he says, “working on any campaign I could get, trying to learn as much as I could.” 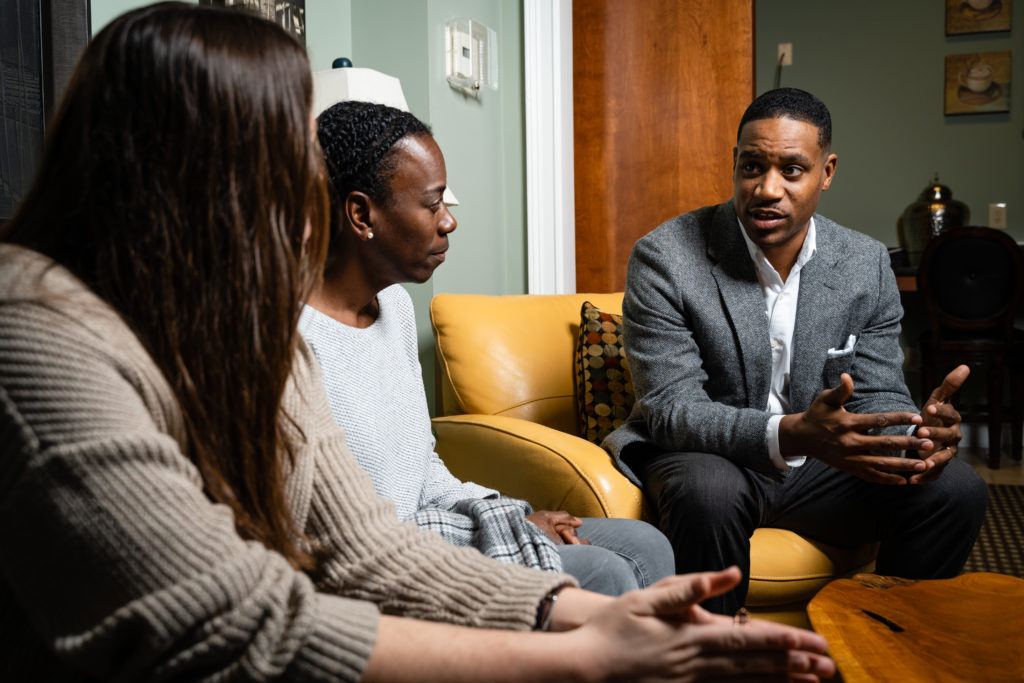 At the time, though, Justin was estranged from the church, having turned away from his upbringing. When he went to Vanderbilt University on a football scholarship (he played safety for the Commodores), he “fell away a little bit. I bought into the secular gospel, so to speak. In academia, my first religious studies course was about deconstructing everything I believed, and unfortunately at the time I didn’t really have an apologetic to combat it. Anyway, that point of view was convenient for me because it allowed me to do whatever I wanted.”

Later in life, after graduating from law school and finding success first in practicing law and then as a political strategist, Justin found himself struggling internally. “God brought me low,” he confesses. “I had the career I thought I wanted, and I was in the social circles I wanted, but there was just something missing.”

As Justin grew in his renewed faith in Christ, it eventually influenced his approach to political action. “I began to understand that I needed to do something to help Christians be more faithful in the public square,” he explains. “From a biblical standpoint, righteousness and justice go together, but a lot of people say you have to choose one or the other. So some like-minded friends and I created the And Campaign as a response to that.”

According to Justin, the campaign is intended to “get Christians to engage in politics more faithfully, to think about righteousness, but also about justice, not creating a false dichotomy between the two. Christians should engage in politics because it’s a tool for loving our neighbor, for advocating for ‘the least of these,’ for the people who don’t have a voice. When we get into politics, we have to maintain our identity, and not get pulled too far to the left or to the right. Most [Christians] want to do that, but they don’t have a model for it, so we’re trying to create that framework.”

The campaign serves an educational purpose, working to raise civic literacy, so as Christians engage in politics, they do so in a more informed, effective manner. Another purpose is to build coalitions among like-minded believers, even if they don’t agree on every issue.

“If you can get urban Christians, black Christians and white evangelicals to find common ground on issues that are clearly biblical,” Justin explains, “then you have a coalition that you just don’t see on the political landscape, one that could really disrupt that landscape for the better. Christians need not to leave their party, but subordinate partisanship and ideology.” 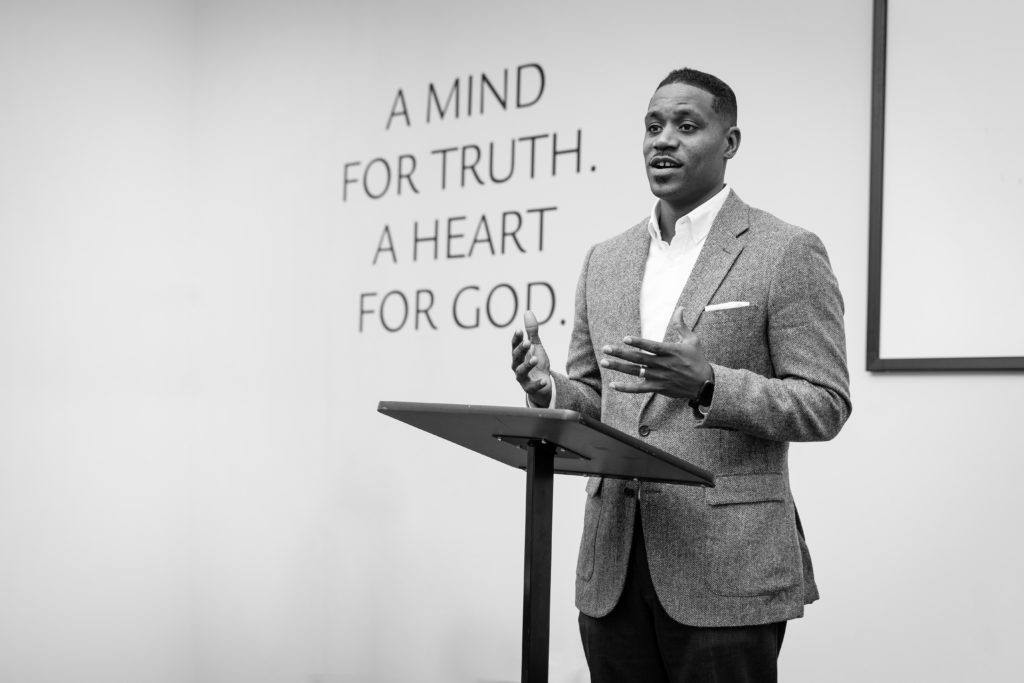 This past year, RTS Atlanta has been part of the process by which Justin is equipped to fulfill his calling to help transform the political arena. He found out about the seminary from some friends who recommended it and has begun work toward an eventual Master of Divinity degree.

“I don’t consider myself an academic,” Justin acknowledges, “but I think you need a seminary background, and my experience has been helpful — I enjoy the classes. It’s a different context for me, a different point of view, because I come from a traditional black church. [In the And Campaign] I’m trying to communicate to a lot of different groups, so to get not only a biblical perspective but a different context within that biblical perspective is extremely helpful.”

Justin, who says “I’m very much a family man,” being married for six years and having two sons (and a third on the way), finds the support of his family extremely helpful as well, in that he left the practice of law to pursue the And Campaign full time. “[There have been] a lot of different changes, and things have been crazy,” Justin adds, “so I’m thankful for God’s grace and the support I have, because I know I want to make the best of it.”

Thanks to him, believers in Christ are becoming better equipped to make the best of their God-given political platform.

For more information about the And Campaign, visit www.andcampaign.org. Learn more about RTS Atlanta at www.rts.edu/campuses/atlanta.