Frank Reich is an alumnus of RTS and served as President of RTS Charlotte from 2003–2006, following a successful college and professional football career. He returned to coaching in 2008, and ten years later became the Head Coach of the Indianapolis Colts. We sat down to talk with him about leadership—specifically, leadership under pressure—and how to navigate that with grace, whether on a national stage or within a church family. 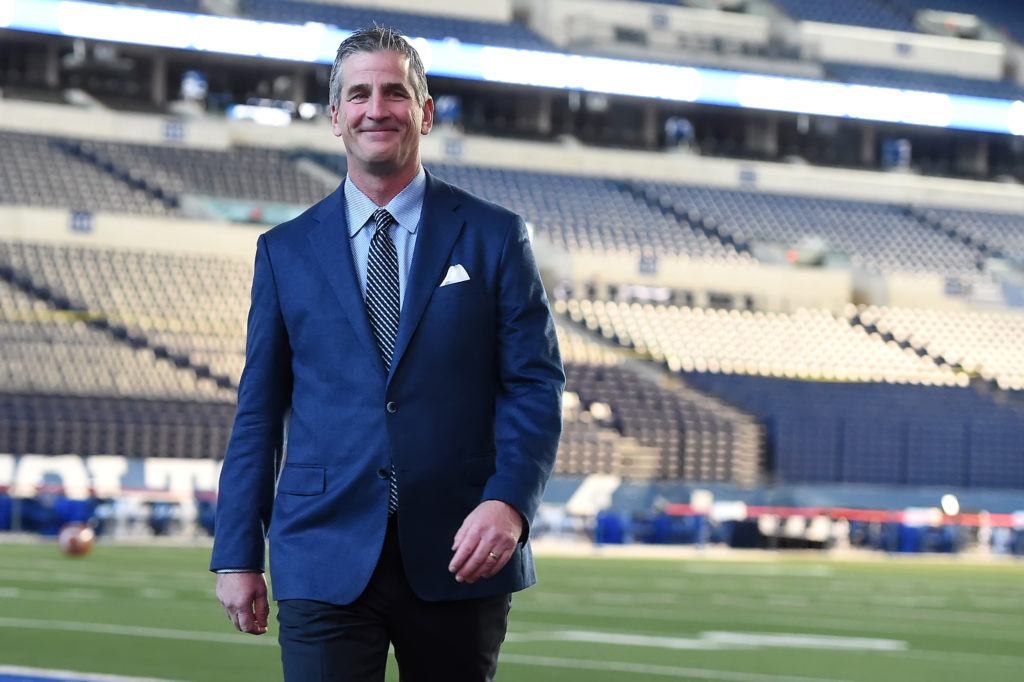 Your roles as husband, father, pastor, coach, and seminary president carry an enormous responsibility with them—lots of pressure with lots of people examining and evaluating your decisions. What is it like to work under intense scrutiny?

I was speaking at a prayer breakfast this morning and one of the things we talked about was this kind of accountability – always being evaluated, always being under the spotlight. And one of the things that I’ve learned to appreciate in the role as a man in this league (playing and coaching in the NFL) is the absolute high accountability on everything that you do. It makes you think of the Scripture to whom much is given, much is required – and then you realize that this is a dream job. It’s been our dream to play or coach in this league, and that comes with a price. You don’t have the privacy, and you are more accountable. But what I’ve found, is that players and coaches learn to embrace that and realize that it helps us grow. That’s what helps us get better. When I was playing, there used to be a saying “the eye in the sky doesn’t lie.” The camera is always on you; you’re always being evaluated— everything you do. And I think that’s a healthy perspective. It’s a healthy Christian perspective— understanding that the Lord sees and knows everything. The Scripture is clear—we live before God, and there’s nothing hidden—he knows every thought, motive, deed—everything.

What culture and values do you prize and how do you communicate their importance to your organization?

We are clear what our values are from day one. And we chose to really focus on three values. Trust, toughness, and team; our three Ts—that’s the foundation. I found that in establishing a culture, two things are really important. Our number one: work really hard on the front end to get the right people in the building. Because if you’re going to establish culture, it’s obviously going to be reflected in the people – so the character of the people is of paramount importance. So you can have great values and great ideas of what your culture is going to be like. You need the right people who buy in (to that), who have that already as part of their fabric. So if you’re able to identify what you want the culture to be, then recruit to those values – because it’s so hard to change someone’s values. I think a big part of the key to the success that we’ve had here is getting players who already have that in their DNA.

And then the team part is just being unselfish, and focused on team goals. We worked really hard to get the right people in the door who already embody those values, that will live out those values. That’s how you establish your culture.

And then number two, clearly communicate those values from day one as our focus and point of emphasis. So from day one, that’s what we did. We talked about those three values all year, and now we have our “foundation inspection.” We’re going to communicate those throughout the year in different ways. And then once a year we’re going to go through a formal reintroduction and inspection of those values.

I worked for Tony Dungy, who used to say “if you’re not careful, you’ll have death by inches.” You don’t think you’re losing it. Typically, you don’t lose it all at once, you lose a little at a time.

We try to keep short accounts and continue to communicate so it’s always in front of us. Then we have that inspection every year to dig deeply into the foundation and talk about what these values really mean.

The nature of what you do—training coaches to lead and be excellent at what they do—often results in them taking jobs in other organizations. When this happens, it means you’ve succeeded—but it also means you’ve lost a valuable manager. Are there keys to managing the frequent rotation of leaders?

It’s difficult. I think the key is, if we’re doing what we said: working hard to hire the right people up front, and then emphasizing those values already inherent in the person and constantly putting emphasis on them. At the same time, you’re really preparing somebody else to move on and take another job, you’re also at the same time building up the other people on the staff to fill that void. You have to be cognizant of the leadership development.

So if we have a coordinator on our coaching staff who is doing particularly well, that coordinator will get a lot of attention. You have to be always developing everyone on your staff to be able to fill that role if that person moves on to another job. 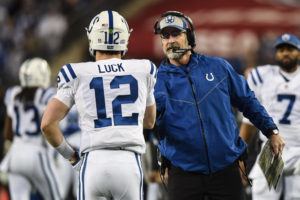 Given the demanding nature of leading an NFL team, how do you set boundaries around your personal life, for both time with your family and for seeking the LORD in prayer and the Word?

Secondly, there are seasons of life. When I was done with football, I had an opportunity to go into coaching and I wasn’t quite ready to do that. My girls were all young. And I knew that the time commitment would be great, and it would take away from time to help raise our daughters. I had some great opportunities that would have been very lucrative; and you know, I just said no. Because it came down to the importance of wanting to be there and spend time with my family. As the girls got older, then it was another season of our life— and I was able to move into coaching. So whether we’re a seminary student or a pastor, there are times when we have to make sacrifices. Decide what’s more important and do it; and be able to piece it together. That helped me come to terms with that.

You transitioned from seminary president, to pastor, to coach. Talk us through the process of this decision. What counsel would you provide pastors who are evaluating their call to ministry?

I came to love and appreciate the vision and mission of the seminary. As an ex-football player it really made sense to me. It was like a training camp experience; seminary students trained really hard because they’re preparing to go out into the battle. You go through this rigorous preparation to get ready for your calling.

When Ric (Cannada) asked me to fill that position, I wasn’t sure I was qualified to be a seminary president. I wasn’t sure I was cut out for this. Every part of that experience exceeded my expectations. It was as good as I thought it was going to be, as far as working with the professors, students, and other presidents. It was an unbelievable learning experience. Ultimately, it didn’t fulfill the calling that I had to be a teacher/coach. It was more administration than I felt like I was cut out for.

At the end of three years, I thought I needed to be out in the field. And that’s when I stepped into the pastorate. I need to be out in the field with people, teaching, and walking through the Scriptures, and being involved in people’s lives, and counseling people through life’s issues. And after about a year, there were a variety of reasons, but I came to the conclusion that I didn’t believe the pastorate was my calling. I didn’t believe that I was the right person for the job. It was very difficult; I struggled with it. You know, I had guilt about that decision for a couple of years. Did I fail the Lord? Was I not tough enough? Was I not faithful enough? Thankfully I had a lot of good friends and mentors who helped me overcome the guilt of feeling like I was quitting. I’ve never been a quitter.

Lynne Wingard is a teacher and writer, and the wife of RTS Jackson Professor and Dean of Students Dr. Charlie Wingard.