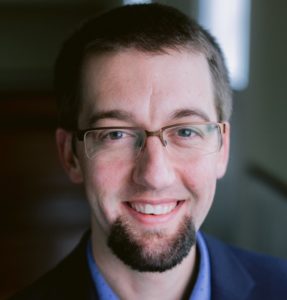 Pearce’s promotion came as previous Director of Admissions Step Morgan transitioned to ordination and a pastoral call after several years in the role.

Previously, Pearce served RTS Jackson as an Admissions Counselor, where he walked alongside prospective students as they discerned God’s call in their lives. In his new role, he oversees all admissions, enrollment, and recruiting operations at the Jackson campus.

Chief Enrollment Management Officer David Veldkamp said, “When it comes to admissions at RTS, our priority is to serve students well as they think through their calling and how to prepare for it. In his time as an admissions counselor, CL has distinguished himself as someone who loves Christ and his church, who is committed to Reformed theology, and who cares deeply for students. I’m delighted that he agreed to serve as the next Director of Admissions at the Jackson campus.”

Besides a four-year stint in India from 2010 to 2014, Pearce has lived in the Jackson area for most of his life.

He earned B.A. degrees from Belhaven University and University of the Free State as well as an MA from RTS Jackson. He is married to Kirsten and they have four children: Eva, Selah, Jayin, and Eliana. They are members of Redeemer Church (PCA) in Jackson, Miss.

“As a graduate of the Jackson campus, it is such an honor to serve as its Director of Admissions,” Pearce added. “The RTS Jackson community is an extended family to me, and it is deeply satisfying to play a role in welcoming others into this community for a season of theological education.”